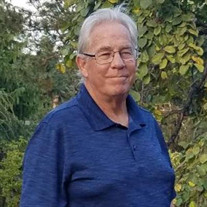 Kevin D Nolan, also known as Kevin the Bold, was known for his determination and optimistic attitude, age 66, who passed at home on 1/30/2021 from ESRD. He was born in Philadelphia, PA, in March of 1954, to James Thomas Nolan, and Margaret Fox. He resided in PA, NJ and even Hawaii. He attended Shawnee High School, where he played Football and Baseball, where he developed his passion for both of these sports. He later joined the Air Force to serve our country and travel the Mason Dixie line and Asia. In June of 1996, he met and had his first date with his domestic partner of 24 years, Theresa Patrono. He was a devoted and loving, spouse. Kevin was a thoughtful, dedicated, intelligent, hard-working, devout, inspiring and loving mentor, and father, to his daughters, Autumn Marie Elizabeth Nolan and Marisa Karwejna. He mentored and coached several softball teams. He is survived by, his sister, Patricia Musetti, and brother-in-law, Carl. Their son, and his nephew, James Musetti, and partner Jill. His brother, Shaun Nolan, and sister-in-law, Sally, his nephew, Brian Piece, and his wife Jordana, and their daughter Elaine, his niece, Kristen Peice and her children Mark and James Wood. Proceeded by, his brother, James Nolan, in May of 2021, and nephew Colin Nolan, and spouse Madison and their child Bodie, and many cousins, and relatives. He worked for what he considered the best Company. He worked at Penn Engineering and Manufacturing for over 10 years as a Service Advisor and mentor. Kevin mentored and befriended colleagues in Brittan and Ireland. He was loved by many: neighbors, friends, colleagues, and family. He is known for his humor, wittiness, intelligence, strength and determination and storytelling. He was a book of knowledge on almost all trivia and non- trivia, and if he did not know the answer, he would educate himself. Now Kevin’s work here is done. He received a call and was made an offer he could not refuse. An appointment where he would not return and it came with a bonus: a reunion with family and friends he has not seen for some time. His new mission takes him to a wonderful place, where he is celebrating his rebirth. He has left instruction for us that are left behind: to live life to the fullest and be kind. We are blessed to have him in our lives and he will always be in our heart. In lieu of flowers, he would like you to donate to some of his most important causes: The National Kidney Foundation The Cancer Society St. Jude for Children To be announced later: a celebration of his life, in the year to come after the pandemic and when it is safe. Services are private.

Kevin D Nolan, also known as Kevin the Bold, was known for his determination and optimistic attitude, age 66, who passed at home on 1/30/2021 from ESRD. He was born in Philadelphia, PA, in March of 1954, to James Thomas Nolan, and Margaret Fox.... View Obituary & Service Information

The family of Kevin D. Nolan created this Life Tributes page to make it easy to share your memories.

Kevin D Nolan, also known as Kevin the Bold, was known for his...

Send flowers to the Nolan family.