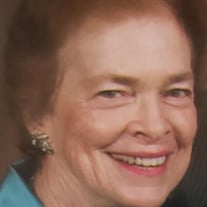 Mary Ann Pezick (88) May 29,2020 Mary Ann Pezick passed away in her sleep at her daughter’s home after a stroke. Mary Ann was born in Lansdowne, PA on October 18, 1931. She graduated from Lansdowne High School in 1949. Choosing the nickname Susie in high school, she met Vince at Vince’s Luncheonette as a senior in high school. She was forever known by two names – Susie and Mary Ann. After high school she spent a summer in Los Alamos, NM caring for children of a Lansdowne family transferred to the government facility. She declined to attend Penn State as she married Vince in 1951. She then spent some years working at Atlantic Refining in Philadelphia. Vince and Mary Ann lived in Collingdale, PA when Jeff was born in 1954. They lived in Aldan, PA when Mark was born in 1957. In 1959 they purchased three acres of land in Glen Mills, PA where they would build their home of a lifetime. They moved to an apartment in Drexel Hill, PA while Vince built the house on Governor Markham Drive. Barbara was born in 1959 in Drexel Hill. They moved to Glen Mills in 1962. Vince started Concord Contracting Company in 1965 and Mary Ann began her bookkeeper career at the in-home office. Tending to three children, answering the business phone and keeping books kept her occupied. In her spare time, she transformed the rocky ground around the house into beautiful gardens. In 1973, at the age of 42, she resumed her college plans and entered West Chester College to pursue a degree in Elementary Education. Unsure of herself, she enrolled in just one class the first semester. She was awarded her Bachelor Degree three years later with a 4.0 GPA (excluding the one Physical Education required course). In 1975 Mary Ann began as a Special Education teacher in the Penn Delco School District. She taught Special Education and 2 nd Grade for 22 years until she retired in 1997. Her students and families loved her as she did her students. We have a quilt of all the children she had one year and a wooden picture board of all her students from her very first class. Her faith was a vital part of her life. There is a verse marked on nearly every page of her bible. She was a Sunday School teacher at Stoney Bank Community Church during all of these years. After retirement she taught Bible School at Concord Liberty Presbyterian Church where she and Vince were members in their later years. Mary Ann volunteered with Threshholds, a program for prisoners to learn about decision making and consequences. A couple of days a week, she visited assigned prisoners at the George W. Hill Correctional Facility a few miles from her home. Mary Ann and Vince moved to Maris Grove in 2006. She became active serving on the Resident Advisory Council and member of the Resident Care Fund committee. For several years she became the caregiver for Vince as he declined until he passed away in 2011. In 2014, her first greatgrandchild was born. For six months, Maris Grove became a child care center as Mary Ann cared for Caden three days a week. The baby became the center of attention for the entire community. In 2015, Mary Ann’s daughter started an in-home daycare. She became the assistant and “Best Reader”according to her great-grandson. She went to assist at the daycare for the next 5-1/2 years. InDecember 2019 when she was no longer able to drive, she learned to navigate the latest technology –Uber – to be able to assist. She would have been at Barbara’s daycare the day she suffered the stroke that took her back to the love of her life. Mary Ann donated her body to medical science. When her remains are returned, she will be laid to rest at Edgewood Memorial Gardens next to her husband, Vince. In the days of COVID19, the family held a small private service in the backyard of her granddaughter’s home. She was preceded in death by her parents, Robert V. Hoy Jr. and Anna Dance Hoy, her brother Robert V, Hoy III, and her beloved husband of 59 years, Vincent L. Pezick. She is survived by her son Jeffrey (wife Diane, grandchildren Jill & Leigh Ann), son Mark (grandchildren Justin (wife Laura) and Shane) and daughter Barbara (grandchildren Kevin Barnum, Kyle Barnum, and Katie Marge (husband Joe, great-grandchildren Caden and Madison) and brother David Hoy (wife Trish). Memorial Donations may be made to the Maris Grove Resident Care Fund, 200 Maris Grove Way, Glen Mills, PA 19342.

Mary Ann Pezick (88) May 29,2020 Mary Ann Pezick passed away in her sleep at her daughter&#8217;s home after a stroke. Mary Ann was born in Lansdowne, PA on October 18, 1931. She graduated from Lansdowne High School in 1949. Choosing the nickname... View Obituary & Service Information

The family of Mary Ann Pezick created this Life Tributes page to make it easy to share your memories.

Send flowers to the Pezick family.