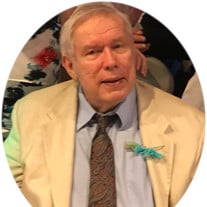 John Valentine Politis was born September 15, 1944 in New Britain, CT and departed this world on February 24, 2022 in Philadelphia, PA at the age of 77 after a 21 year battle with Parkinson's Disease. John graduated St. Thomas Aquinas High School (New Britain, CT) in 1962. He attended the University of Pennsylvania where he earned a Bachelor of Arts in English in 1966. Prior to obtaining a Master of Library Science degree from Drexel University in 1973, John worked as a Library Technician at the Free Library of Philadelphia (19671971) where he was the branch head at Whitman and Southwark branch libraries. John held the school librarian position at Moorestown Friends School (Moorestown, NJ) from 1973-1975. John continued his school librarian career at the School District Of Philadelphia where he had tenures at A. Philip Randolph Skills Center (1975-1983), Central High School (1983-2001), and Bodine High School for International Affairs (2001-2008). John retired from the School District of Philadelphia in 2008. While at Central, John generously answered a request to host international students from countries including Norway, Russia, Slovakia, Germany, and Armenia to attend the high school. He served as a mentor to these individuals and for countless other students. Additionally, John was the faculty advisor to the Amnesty International chapter at Central HS. He also supported other human rights organizations including Doctors Without Borders and Oxfam. John was a deeply religious man with a strong Catholic faith. With help from Sister Jeannine Gramick, John helped found Dignity Philadelphia, a LGBTQ Catholic faith community. John recently was a member of St. Rita of Cascia in South Philadelphia and previously attended mass at St. Peter the Apostle in Northern Liberties. John was known for his intelligence, patience, and kind spirit. He was an avid reader and could often be found with one of his feline companions, the last of which being Valentine, close by. He had an extensive and eclectic music collection that spanned several genres which he accumulated throughout his life. Notably, he worked as a music critic under the alias, RockingChair, where he received advanced copies of new music from major record labels in exchange for his commentary. He was proud of his Lithuanian heritage, and his home displayed Lithuanian mementoes and memorabilia. He also had a love/weakness for ice cream and food, as well as a penchant for telling awful jokes. John was predeceased by his brother William V. Politis (1993), and his parents Algert F. Politis (1997), and Magdalene (nee Valentine) Politis (1965). John is survived by numerous cousins and many friends whom he forged relationships with throughout his life, but especially during his time in Philadelphia. John Politis’ memorial mass will be held at St. Rita of Cascia Church (1166 S Broad Street, Philadelphia, PA) on April 2, 2022 at 10:00 am. In lieu of flowers, donations can be made in John Politis’ memory to CaritasUkraine, New Ways Ministry (c/o Sr. Jeannine Gramick), and The National Shrine of St. Rita of Cascia. Condolences can be registered at the Hancock Funeral Home website (https://www.hancockfuneralhome.net/).

John Valentine Politis was born September 15, 1944 in New Britain, CT and departed this world on February 24, 2022 in Philadelphia, PA at the age of 77 after a 21 year battle with Parkinson's Disease. John graduated St. Thomas Aquinas High... View Obituary & Service Information

The family of John Valentine Politis created this Life Tributes page to make it easy to share your memories.

Send flowers to the Politis family.