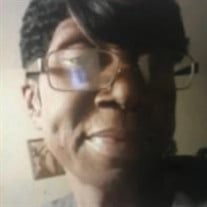 Gabriella (Ham) Tinsley, of Philadelphia, was married to the late James W. Tinsley. She was born to Mingo Johnson and Elizabeth Ham who preceded her in death, passed away peacefully on June 8, 2020 at the age of 62. Gabriella was known affectionally... View Obituary & Service Information

The family of Gabriella Tinsely created this Life Tributes page to make it easy to share your memories.

Gabriella (Ham) Tinsley, of Philadelphia, was married to the...

Send flowers to the Tinsely family.