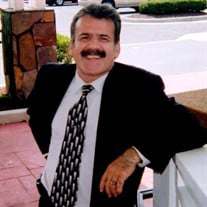 Edwin Torres was born on August 9 th , 1956 in Philadelphia, PA, also lovingly known as “Leo or Batman.” The firstborn son of Rafael Natal-Torres and Ignacia Perez-Torres. Edwin was raised around 20 th & Spring Garden with the Philadelphia Art Museum as his playground. He attended Waring Elementary School. Some of the fondest memories were of his elementary school first grade teacher who became a family friend, Ms. Connie Rice; recognized his talent for art. The school’s disciplinarian, Milton Davidson, a gentle giant, became a father figure and mentor for him. Edwin continued to cultivate his love for art and after graduating in 1975 from Muriel Dobbins Vocational School, he attended Temple University’s Tyler School of Art. Later he found creativity in photography and graduated from the Antonelli School of Photography. Later in life, Edwin found his love for volunteering to assist in the construction work under the Regional Building Committee, presently known as the LDC. To hone his skills, he attended Dobbins Electrician Training and became an electrical apprentice, under a master electrician, Dennis Valentino. Edwin assisted with the construction of Kingdom Halls of Jehovah’s Witnesses, building of Buckingham, Turnersville Assembly Hall, Wallkill, Warwick and local construction projects. Edwin loved to dance! He met his future wife, Olga, at a wedding, and knew that she would be the mother of his children. They married in 1978. He never truly understood how a man should properly treat his wife until he studied the Bible and learned what Jehovah God says about a loving headship. He told Olga many times how much he loved her, but especially during trials, because she never gave up on him and stayed by his side. Additionally, Edwin enjoyed good food, great company, good times. Edwin began studying he Bible with George Bryant, Albert Forte, then James Wright from Yorktown Congregation and presently served as a Ministerial Servant at the Aramingo Congregation. One of the best days of his life was his dedication and baptismal, as one of Jehovah’s Witnesses, on September 9 th , 1995, along with his daughter Natasha, at the Buckingham Assembly Hall. He loved meeting and getting to know new friends in the congregation and assemblies. However, be careful when you shook his hand, because one of his famous lines was, “Do you give public talks?” He assisted the congregation coordinators with scheduling public talks and Bethel speakers for over 15 years. Highlights for Edwin was the privilege to volunteer on several disaster relief efforts, such as, International Disaster Relief in Kingston, Jamaica, after the devastating effects of Hurricane Ivan in 2004; Mobile, Alabama after the floods of Hurricane Katrina in 2005; and Long Beach, New York after Hurricane Sandy in 2012. An unforgettable trip was traveling to his first Special Convention in Croatia, Slovenia and Venice where he experienced first-hand the international brotherhood; forming lifetime connections and friendships. Edwin volunteer at Mastbaum AVT School as a chaperone, NOCTI proctor and known as the “HOSA-Future Health Professionals DAD” creating family friendships over time with Cheyenne, Sandy, Sarai and Destiny - just to name a few. Since 2010, although looking healthy and happy from the outside, Edwin was silently suffering with illness and had been hospitalized several times, without a diagnosis - until 2020. Receiving a Stage 4 Cancer diagnosis was never welcomed but, we finally knew what was plaguing him. During this time, he continued to be active, attending meetings, offering hospitality and enjoying his family. Especially precious to him was the birth of grandson, Joshua, who lovingly called him “Nono” in place of grandpop. There was a unique bond of love between them. Even, as Edwin lay in bed, Joshua would bring him balloons and stuffed animals to keep his “Grandpop “Nono” smiling during his last days. It was the best medicine we could ever ask for!  When Edwin was at his lowest point, he received support and encouragement by visits, calls, letters, cards and even a caricature was drawn by the young ones. Soon, Edwin will realize the promises of God’s words recorded at John 5:28, 29 that says that Jesus Christ will call his name and he will awake in a resurrection to life on the paradise on earth, as Jehovah God originally purposed for humans to enjoy. We are confident in that hope. Edwin leaves behind his wife of 42+ years, Olga, 2 daughters – Michelle, son-in- law Jake Smith - and Natasha Torres-Serrano with her son, the only grandchild, Joshua Zarethan Torres-Serrano. His mother-in-law and “cook” Margarita Adorno- Luciano, sister-in-law Evelyn, nephew Jose Colon, his wife Melanie, nieces Ava and Tiffany, grandniece Leila. Edwin leaves behind his beautiful 89-year-old mother, Ignacia Torres-Perez; his younger siblings - Brothers: Rafael Jr and sister-in-law Millie, Joaquin and sister-in -law Maria; Sisters: Elisabeth and brother-in-law Eduardo, and Magdalene and brother–in-law Raymond. Nieces and grandnieces: Ruthie, Amanda, Jasmine, Ebony, Stephanie and others that are too many to name. Nephews and grandnephews: Raymond Jr, Eduardo Jr, Antonio, Nicholas, Jeremy, Joaquin, Junior and Levi. Contemporary Cousins: Jose, Harry and Charlie Perez, Tito Santiago, Minnie and over 50 additional cousins unable to mention. Compadre Luis Terreforte, his wife Lillian and daughters Jennifer and Elizabeth. Special friends and spiritual family: Elidon and Ellice Koci, Jim and Aleeza Smiles, John and Dolores Figgers, Cynthia Epple, Helen Ruth, Michael and Myrna Johnson, Joe and Annette Mulero, Justine and Shannon Harvey, Derek and Tracy Mays, George and Linda Fernandez, and Families: Battle, Blas, Carrasquillo, Carter, Cassel, Forte, Lawson, Myers, Rose, Vargas, Wright and a host of others. In memory of Edwin Torres and lieu of flowers, please send donations to the Worldwide work that supports the Worldwide Disaster Relief projects: https://donate.jw.org Select: Worldwide Work- supporting Disaster Relief Work

Edwin Torres was born on August 9 th , 1956 in Philadelphia, PA, also lovingly known as &#8220;Leo or Batman.&#8221; The firstborn son of Rafael Natal-Torres and Ignacia Perez-Torres. Edwin was raised around 20 th &amp; Spring Garden with the... View Obituary & Service Information

The family of Edwin Torres created this Life Tributes page to make it easy to share your memories.

Send flowers to the Torres family.