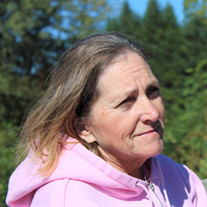 Anne Marie Theresa Leone, of Newportville PA, was a wonderful wife, mother, grandmother, and friend. She left the world peacefully at home on March 18, 2022 at the age of 74 surrounded by her family. Anne Marie succumbed to frontotemporal degeneration (FTD) after a seven-year battle with the disease. She is survived by her husband of 54 years, Robert, who cared for her during her illness; her three children, Rob (Lori), Jennifer (Roy Rakszawski), and Janel (Max Levine); and her seven beautiful grandchildren Marcus, Bailey, Cullen, Trevor, Adilyn, Emily, and Reid. Anne Marie grew up in Philadelphia with her brother, Richard, and her father and grandparents. She graduated from Saint Mary’s Academy where she was an avid basketball and softball player. Anne Marie spent much of her childhood and adolescence with her beloved cousins, who were as close to her as siblings. In 1968 she and Robert married and moved to Newportville where they raised their family. Here she shared a lifelong friendship with her best friend and neighbor, Lucy. In 1985 Anne Marie and Robert founded and operated their business, Fabricraft, where they made custom window and bed treatments for interior designers in the Philadelphia area. Anne Marie was a talented seamstress who learned her skills from her grandmother, a tailor. She and Robert operated Fabricraft for 35 years. Anne Marie loved to travel, and she and Robert traveled to and camped in most of the National Parks in the United States including the Hoh Rainforest in Washington, Denali National Park in Alaska, Glacier National Park in Montana, and Acadia National Park in Maine. They also camped and spent time at their log cabin in West Virginia, where they created fond memories with their closest friends and family. In addition to traveling, Anne Marie was an incredibly talented cook who rarely followed recipes. Instead she cultivated her own satisfying, homestyle meals that nourished her children and grandchildren. Her hobbies included playing Scrabble, bargain hunting, reading, and flower and herb gardening. Anne Marie always looked forward to loading the grandchildren into her minivan and going to the local and New York parks to play and camp. Her grandchildren cherished this special time with their grandmother. Anne Marie’s kindness and compassion were felt by those around her. She held leadership positions and volunteered to serve at her children’s schools throughout their childhoods. She inspired her daughters to use their voices to create social change, and modeled for them the importance of women’s independence. As a final act of kindness, Anne Marie requested that her brain be donated to the Center for Neurodegenerative Disease Research at the University of Pennsylvania in an effort to assist in finding a cure for FTD. A memorial to honor Anne Marie will be held during the summer. In lieu of flowers, donations can be made to the Association for Frontotemporal Degeneration (AFTD): htts://www.theaftd.org.

Anne Marie Theresa Leone, of Newportville PA, was a wonderful wife, mother, grandmother, and friend. She left the world peacefully at home on March 18, 2022 at the age of 74 surrounded by her family. Anne Marie succumbed to frontotemporal degeneration... View Obituary & Service Information

The family of Anne Marie Theresa Leone created this Life Tributes page to make it easy to share your memories.

Anne Marie Theresa Leone, of Newportville PA, was a wonderful...

Send flowers to the Leone family.